The decline suggests that efforts to make cancer treatments, including radiation, less toxic are paying off, researchers say.

For the study, researchers led by Dr. Daniel Mulrooney, from St. Jude Children’s Research Hospital in Memphis, Tenn., collected data on more than 23,000 U.S. adults included in the Childhood Cancer Survivor Study who had survived the most common childhood cancers.

They also took into account risks for heart disease, such as diabetes, high blood pressure and cholesterol levels, smoking, exercise and weight.

From the 1970s to the 1990s, doses of chemotherapy drugs decreased, as did the doses of radiation.

They found that the risk for coronary artery disease dropped from 0.38% in the 1970s to 0.24% in the 1980s and 0.19% in the 1990s. The decreases were mostly due to a decline in heart disease among survivors of Hodgkin lymphoma, a form of cancer of the white blood cells.

The drop in the risk for heart failure among patients treated in the 1990s, however, was not statistically significant, Mulrooney’s team said.

This study can’t prove that changes in treatment are the cause of the decline in heart disease, only that the two are associated.

The report was published Jan. 15 in the journal BMJ Today.

“These results suggest that efforts to modify cancer therapies in children and promote health surveillance for survivors are beginning to show benefits not only in overall survival but also in late adverse cardiac effects,” the researchers said in a journal news release.

Shower Your Valentine With Love All Year Long

Could 9 in 10 Cases of Dengue Be Prevented? 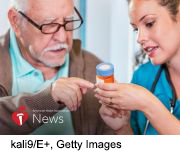 5 Secrets to an Allergy-Free Valentine’s Day

A Woman’s Guide to Skin Care During and After Menopause

Vaping Illnesses May Have Many Americans Quitting E-Cigs

Many Americans Lack Knowledge, Not Desire, to Eat Plant-Based Diets

Lung Diseases on the Rise Worldwide